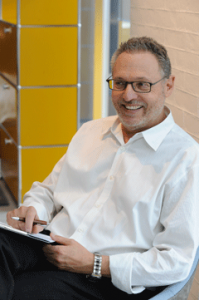 A long time ago … when I was 12 growing up in a very rural part of Connecticut … I came across an article on schizophrenia in my favorite magazine, Science Digest.  My jaw dropped  – I had no idea there were people in this world whose inner experience was so utterly different from mine and who could suffer such agonizing pain.  From that day, I became (and still am many years later) captured by the need to understand and ameliorate the anguished human thought and feeling that I encounter.

My early career work was at the Donwood Institute, the first public hospital for addiction in Canada. There I helped individuals, couples and families with substance abuse problems, and the personal issues underlying and created by those problems.  Later I worked with a major Employee Assistance Program treating people with a broader range of problems.

I have now been in private clinical practice for 32 years.  In that time, I have met with hundreds and hundreds of people caught up in life’s struggles, helping them find both relief from their pain and suffering, and satisfaction with what life can offer.

My academic degrees are all in psychology:  a B.A., MA and Ph.D. , respectively, from the Universities of Pennsylvania, Rhode Island, and Western Ontario (now Western University).